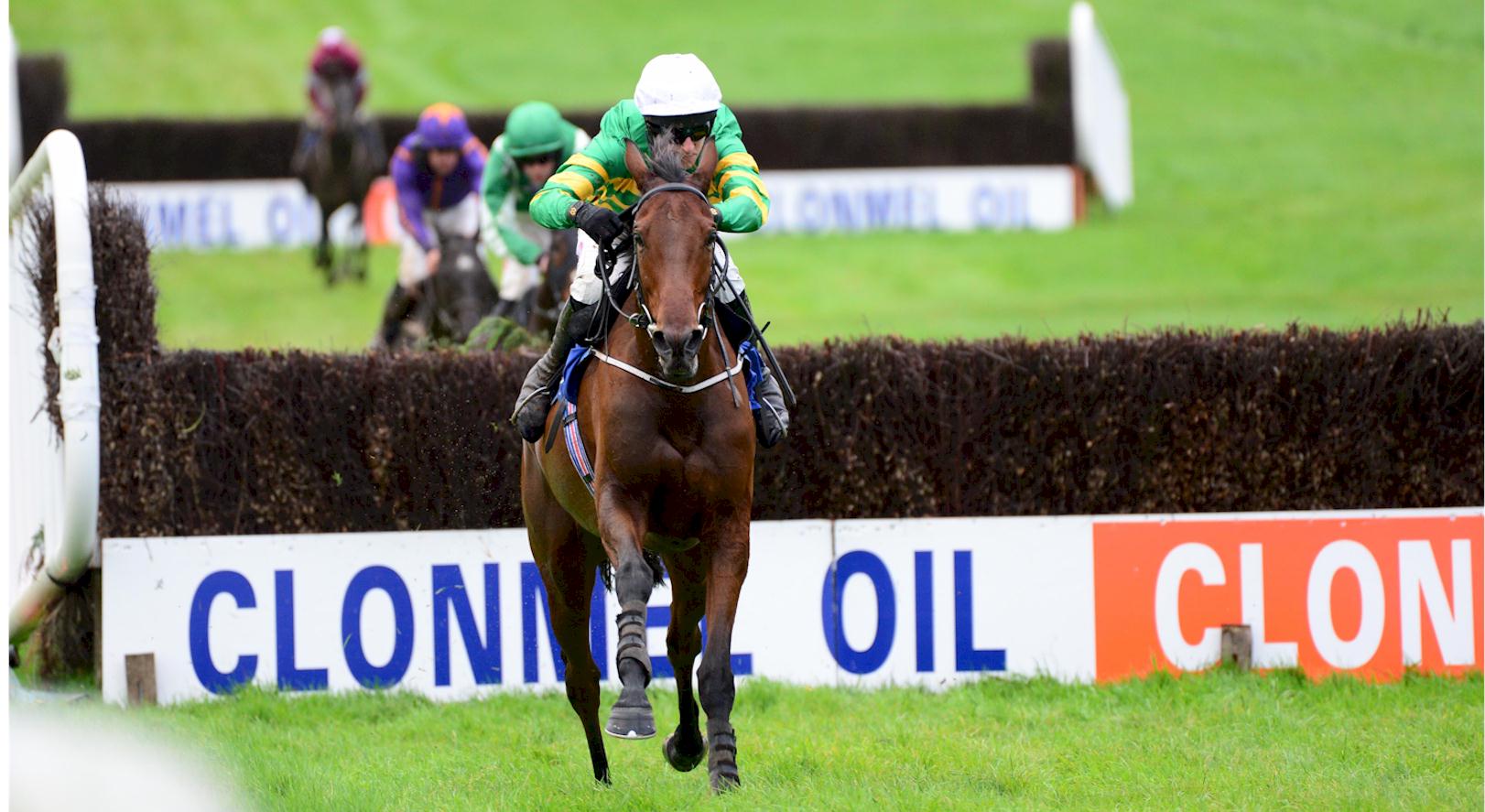 Fakir D’oudairies powered clear in the closing stages to run out an easy winner of the 2021 Grade 2 Clonmel Oil Chase on his return to action. The Joseph O'Brien-trained gelding, impressive winner of the Grade 1 Marsh Chase at Aintree in April, proved a different class to his three rivals.

Mark Walsh tracked the front-running Royal Rendezvous in the two-and-a-half mile contest before letting his mount ease into the lead before the second last. The JP McManus-owned Kapgarde gelding was shaken up briefly to quicken away between the last two fences and Walsh was pulling up close home on the 5/4 favourite to record a 15-length success.

Frank Berry, racing manager to McManus, said:- "That was a good performance, he loves that ground and you couldn't ask for better because the other horses were fit from the summer. He handles those conditions which is a bonus. He was fit today but hopefully he will improve”.

“He'll have an entry in the King George and the Savills Chase over Christmas”.

"You could only be pleased with him and we're delighted."